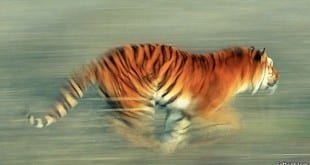 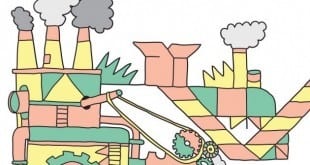 THE OXFORD Union – the debating society founded by members of Oxford University nearly 190 years ago – is known to be on good terms with controversy.

A debate on Thursday (May 28) made no attempt to break with tradition, posing the question: does Britain owe reparations to her former colonies over the damage caused?

It didn’t take just the debate to begin a polemic.

The Union bar was criticised for promoting a cocktail special called ‘The Colonial Comeback’ alongside an image of two black hands in shackles.

An apology was promptly given by the treasurer, revealing the committee had not been aware of the promotion claiming bar staff appeared to be responsible.

It was in this rather tense environment that the speakers took to the floor to debate the official proposition: ‘This House Believes Britain Owes Reparations to her Former Colonies.’

The first speaker, student Henna Dattani, quickly painted the grim portrait of the matter at hand, beginning with a harrowing description of a woman in Kenya being tortured in front of her son in 1954.

She argued reparations “go far beyond cash payments”, and are centred on recognising past injustices and redressing the moral imbalance brought on by colonisation.

Without failing to recognise the atrocities of colonialism, he suggested that mandating Britain to pay reparations would prompt countries to blame their shortcomings on colonialism rather than work hard to get themselves back on their feet.

And who would the money go to? What if leaders embezzle the pay-outs?, Lee asked.

With this moment came more drama.

Two students got to their feet raising a large poster with the words: ‘Who will speak for ME? #RhodesMustFall’.

The hashtag refers to Cecil Rhodes, the notorious imperialist who continues to be held in high esteem by the university.

Earlier this year, protests against a statue on a South African university campus led to its removal.

Across the room two others were holding another banner, stating: ‘Brutality should not be DEBATED’.

So out of place was this act of silent protest that a bouncer attempted to remove those standing from the room.

But after one protester clarified the Union’s rules do not condemn non-auditory and non-violent protest, they were allowed to continue.

Of Ugandan origin himself, he pointed out that the claim that Britain colonised Africa to provide it with roads, education and language was fallacious: the continent had flourished with many languages, kingdoms and intellectuals long before colonisation.

He also identified that Britain continues to benefit from the financial capital it amassed from the natural resources of other countries, as well as from the slave trade.

Ssuuna’s contribution was met with a resounding applause.

The same cannot be said of Sir Richard Ottaway, the chair of the Foreign Affairs Committee who began his speech by claiming: “We have moved on from colonialism”, and made other remarks, including that “some objected” to their colonial oppression, and that “there was sacrifice on both sides”.

The Honourable Aloun Ndombet-Assamba, Jamaica’s High Commissioner to the UK since 2012, quickly set about dismantling Ottaway’s notion of the “legacy we left behind” in referring to the raping of land and the torture of slaves, and then went on to list conceivable measures of non-monetary reparations: atonements for cultural damage; psychological rehabilitation and debt cancellation, alluding to Cariom’s 10-point plan.

Caricom – an organisation of 15 Caribbean nations and dependencies established in its current form in 2001 – is currently working on a landmark legal case to sue European countries for reparations.

American historian William Roger Louis, who specialised in the British Empire, spoke against the motion, citing the rise of Nazi Germany after the country had been crippled by post-First World War as evidence that ‘reparations have often led to a desire for more’.

When the floor was opened up to Union members to give their opinions, sparks flew.

One student was heckled for suggesting that black enslavement was no different to the suffering experienced by white Irish Catholics. Another claimed colonisation has only affected those who lived through that period.

The Indian former Under-Secretary General of the UN Dr Shashi Tharoor concluded for the side in favour of the motion; unearthing statistics such as that India’s share in the world’s wealth had downscaled from 23 per cent pre-colonisation to less than four cent by the time Britain left.

He added: “It’s a bit rich to enslave, maim and torture people for 200 years and celebrate that they’re democratic at the end of it.”

Professor John MacKenzie, historian of imperialism, in stating that he had expected a “cool, clean debate, rather than one of emotion” was met with disapproval from the audience.

It was perhaps not surprising then that the results of the debate showed a decided triumph for the proposition speakers, with the motion ‘This House Believes Britain Owes Reparations to its Former Colonies’ winning by 185 to 56 votes.

I have been living in China for the past 15 years and currently reside in Lecong, Shunde and manage a Trading company and Software Company. I enjoy exploring new technology, traveling, photography, dancing and music.
@OnlySrini
Previous China Visa Fact vs. Fiction
Next Manufacturing in India vs. China 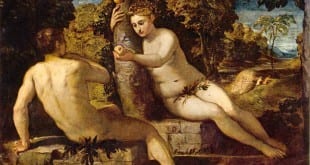 The “no” answers I see are making several incorrect assumptions: (1) that after a number …