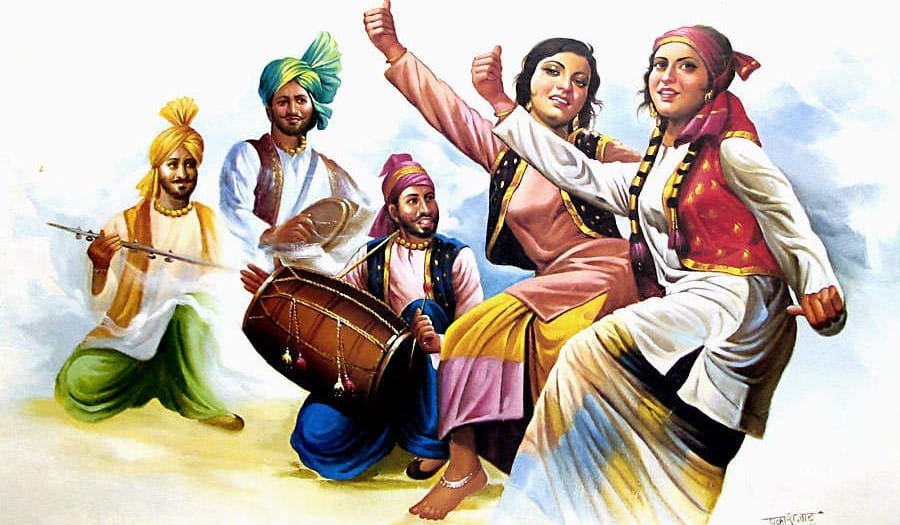 The Consulate General of India, Guangzhou and the Lecong Indian Community together, is organizing Bhangra and Gidda traditional Punjabi folk dance performances on

This is one of the first of its kind event organised by Lecong Indians as a major step to cultural exchange. Lecong has a huge population of business men and the numbers has been growing ever since. The present strong community of 100 plus Indian in Lecong have been always taking initiative for a harmonious blending of culture and with the help of the local government, Lecong Foreigners Club and CCLFC. But this will be one of the largest event ever to happen in Lecong.

The origins of traditional Bhangra are speculative. Bhangra is related to the Punjabi dance ‘bagaa’ which is a martial dance of Punjab.

However, the folk dance of Majha originated in Sialkot and took root in Gujranwalla, Sheikhupur, Gujrat (districts in Punjab, Pakistan) and Gurdaspur (district in Punjab, India). The traditional form of Bhangra danced in the villages of Sialkot district is regarded as the standard. Being a seasonal dance, traditional Bhangra is practiced in the month leading up to the festival of Vaisakhi. During this month, the harvest, especially wheat crop, is reaped. Local fairs mark the festival of Vaisakhi. After days of harvesting and at Vaisakhi fairs, Bhangra is performed, as a dance of men alone.

Giddha (Punjabi: ਗਿੱਧਾ, giddhā) is a popular folk dance of women in Punjab region of India and Pakistan. The dance is often considered derived from the ancient dance known as the ring dance and is just as energetic as Bhangra; at the same time it manages to creatively display feminine grace, elegance and elasticity. It is a very colourful dance form which is now copied in all regions of the country. Women perform this dance mainly at festive or social occasions.

The The Consulate General of India and Lecong Indian Community welcomes every one in and around lecong to attend the function and share the Indian Cultural night.

The even is co-organised by CCLFC and Louvre Furnishing malls.

Kindly rate the Article to help us improve

I have been living in China for the past 15 years and currently reside in Lecong, Shunde and manage a Trading company and Software Company. I enjoy exploring new technology, traveling, photography, dancing and music.
@OnlySrini
Previous Premature baby with Liver Abscess and Hematoma
Next 5 Steps To Looking 10 Years Younger